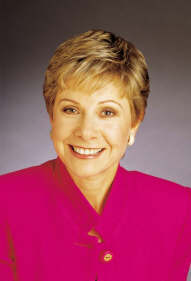 Patricia Fripp is known for the entertaining stories she uses to engage audiences and express her ideas.  However, no story Patricia shares is more remarkable than her own: it is the story of a woman who has traveled a significant distance--literally and figuratively--from the small town in England in which she was born.  Patricia became a hairstylist in England at age fifteen, moved to the United States without a job at the age of twenty, and during the course of her career has attained astounding success.  She is a flourishing entrepreneur; an author of books and countless articles; the host of a website, offering terrific ideas to its readers; a speaker known for her electrifying presentations; a recipient of awards, including the CSP, CPAE (Hall of Famer), and the Cavett Award; and, a leader who was the first woman President of the National Speakers Association.  How has Patricia realized such tremendous professional success?  A few character attributes have enabled her noteworthy accomplishments.

Early in her life, Patricia discovered the importance of a work ethic.  She says, "Probably the best thing that happened to me was growing up with an absolutely brilliant younger brother.  I assumed I wasn't as smart as others, which made me work twice as hard.  That's where my good work habits started."  Though her work habits may have originated from her perception of her own limitations, in adult life Patricia has built a life around her work.  In her newest book, Patricia explains, "I've always loved what I do for a living the way some people love their hobbies and recreation.   People who work smarter have found a passion that goes way beyond any paycheck.  You may work hard eight hours a day, but you'll rarely achieve anything exceptional in that time.  Most of my working life I've worked twelve hours a day minimum, six or seven days a week, but because I love what I do, I've never felt put-upon.  That doesn't mean I've loved every aspect of what I do, but the total picture is irresistible."

Throughout her life, Patricia's commitment to learning from others has served her well.  She has acted as a sponge, soaking up the information people freely offer.  Patricia honed this skill as a hair stylist, gaining the wisdom offered by her highly successful clients.  Once she moved beyond the salon--to the world of speaking and consulting--she continued to learn, actively participating in numerous trade groups.

Now, Patricia is the one dispensing lessons and advice.  Her ability to coach and empower others makes her a valuable asset to those who benefit from her insights.  www.Fripp.com is a remarkable resource that offers its web visitors great wisdom and ideas.  For her ability to empower those she reaches (on her website, in her speeches, in her writings, and with her coaching), Patricia Fripp is the Leader of the Month for March 2005.

Dream: I am living my dream.

Most admired leader: Winston Churchill.  Why?  Partly due to his communication skills.  Plus, his entire life is an inspiration due to the trial and tribulation he faced.

Favorite book: Story: Substance, Structure, Style & the Principles of Screenwriting by Robert McKee, the screenwriter.  I like this book because I love studying screenwriting.  This book teaches you how to use and tell stories persuasively even if you do not want to be a screenwriter.

Favorite quotation: "Leadership is the ability to decide what has to be done and then to get people to want to do it." -General Eisenhower

Place in the world you most like to visit: Las Vegas, Nevada, and my own home

Leadership highlight: Patricia became the first woman to serve as President of the National Speakers Association when she was elected in 1984.

Dr. David Palmer, Ph.D., shares the following about Patricia Fripp, "Patricia Fripp is a model that many people would benefit from following in terms of the way she treats people and the way she goes about her business.  She is both effective and efficient.  If you are lucky enough to be a friend of hers, she is a terrific friend to have."

Book recommended for aspiring leaders: You’ll never look at things the same way after you read Influence: Science and Practice (4

th Edition) by Robert Cialdini.  I am re-reading it right now.  I recommend all of Cialdini’s material. 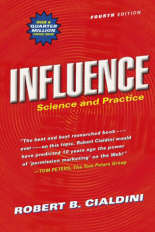 Traits most important in a leader: The ability to inspire, be clear and concise with your directions, and see the big picture are a few.  Have the confidence to recruit the right people, put them in the right positions, and then let them go.  Many leaders do not do a credible job communicating effectively and need to improve.

Advice to aspiring leaders: You have to learn to be an effective communicator.  There is no skill that would get you more of what you want than the ability to stand up and speak eloquently with confidence.  Winston Churchill came out on the radio and got people to fight out in the streets, simply through the power of his words.  At the very least go to Toastmasters club.  Toastmasters club is a worldwide organization that you could learn from and get involved with.

Click here to visit the website for Toastmasters.  Regardless of your background and experience as a speaker, everybody can improve.  Some of the best public speakers in the entire world started out with feelings of nervousness.

Leadership connection: To be an effective leader, you have to be a charismatic communicator who can speak in a very clear and concise way and who tells stories to get the point across.

Where to Go for More About Patricia Fripp

Check out Patricia's most recent book: Make it So You Don't Have to Fake It!